Guide to accessing online phonics and reading for parents 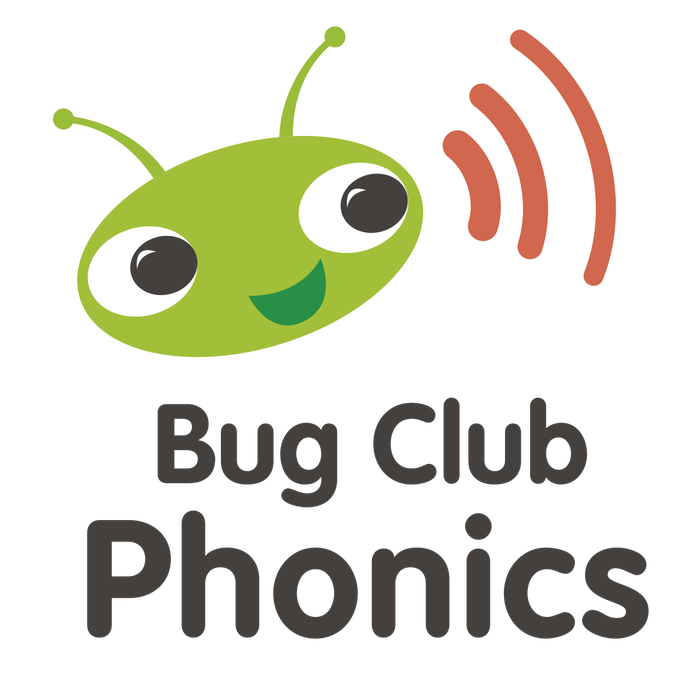 Bug Club phonics works developmentally with the "Letters and Sounds" scheme, and also works together with CBBC's Alphablocks.

There is an exciting mixture of games, video clips and texts to read to support the scheme.

Words are made up from small units of sound called phonemes. Phonics teaches children to be able to listen carefully and identify the phonemes that make up each word. This helps children to learn to read words and to spell words.

In some languages, learning phonics is easy because each phoneme (sound)  has just one grapheme (way of writing) to represent it. The English language is a bit more complicated than this. This is largely because England has been invaded so many times throughout its history. Each set of invaders brought new words and new sounds with them.

As a result, English only has around 44 phonemes (sounds) but there are around 120 graphemes or ways of writing down those 44 phonemes. Obviously we only have 26 letters in the alphabet so some graphemes are made up from more than one letter.

For example ch th oo ay (these are all digraphs - graphemes with two letters.  There are other graphemes that are trigraphs (made up of 3 letters) and even a few made from 4 letters.

Another slightly sticky problem is that some graphemes can represent more than one phoneme. For example: ch makes very different sounds in these three words: chip, school, chef.

Phonics teaches children how to crack a code – to be able to decode text and thus giving them the tools to expand their experiences. In the past people argued that because the English language is so tricky, there was no point teaching children Phonics. Now, most people agree that these tricky bits mean that it is even more important that we teach Phonics and children learn it clearly and systematically.

When following our phonics programme the children build on their prior learning systematically. Each lesson follows the same consistent approach. Below you can view the progression from Phase 1 to Phase 6.

Phonics is taught progressively in phases from phase 1 to phase 6.  Children at Tylers Green First School begin phase 2 when they start in Reception, moving through the school to phase 6 in Year 2.

Phase One falls largely within the Communication, Language and Literacy area of learning in the Early Years Foundation Stage. In particular, it will support linking sounds and letters
in the order in which they occur in words, and naming and sounding the letters of the alphabet.

By the end of the phase many children should be able to read some VC (vowel-consonant) and CVC (consonant-vowel-consonant) words like am and cat and to spell them either using magnetic letters or by writing the letters on paper or on whiteboards.

During the phase they will be introduced to reading two-syllable words and simple captions. They will also learn to read some ‘tricky’ words that can’t be sounded out: to the no go I into

The purpose of this phase is to teach another 25 graphemes, most of them comprising two letters (e.g. oa), so the children can represent each of about 42 phonemes by a grapheme (the additional phoneme /zh/ found in the word vision will be taught at Phase Five).

The purpose of this phase is to consolidate children’s knowledge of graphemes in reading and spelling words containing adjacent consonants and polysyllabic words.

Phase 5
Children entering Phase Five are able to read and spell words containing adjacent consonants and some polysyllabic words (like lunchbox or magnetic).

The purpose of this phase is for children to broaden their knowledge of graphemes and phonemes for use in reading and spelling. They will learn new graphemes and alternative
pronunciations for these and graphemes they already know, where relevant. Some of the alternatives will already have been encountered in the high-frequency words that have
been taught.

Children become quicker at recognising graphemes of more than one letter in words and at blending the phonemes they represent. When spelling words they will learn to choose the appropriate graphemes to represent phonemes and begin to build word-specific knowledge of the spellings of words.

Phase 6
By the beginning of Phase Six, children should know most of the common grapheme–phoneme correspondences (GPCs). They should be able to read hundreds of words,
doing this in three ways:

■ reading the words automatically if they are very familiar;
■ decoding them quickly and silently because their sounding and blending routine is
now well established;
■ decoding them aloud.

Children’s spelling should be phonemically accurate, although it may still be a little unconventional at times. Spelling usually lags behind reading, as it is harder.